Today I tried something I have been wanting to try for a while now!

I have seen pins and other online sources showing how to make your own big borax crystals,  so I really wanted to try!

It doesn’t take a lot,  borax, pipe cleaners, food colouring, string, something to hang the pipe cleaner from and a pot of boiling water! 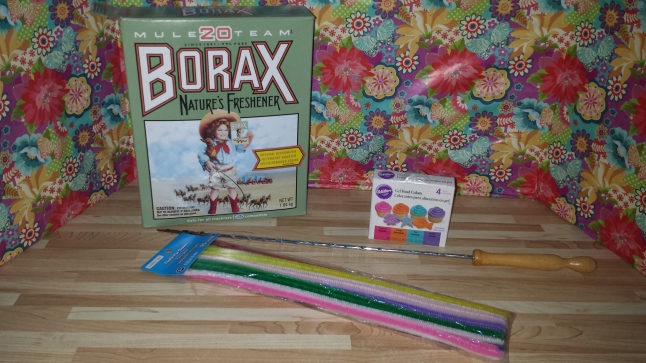 While I was waiting for the water to boil,  I made a rough shape out of 3 pipe cleaners.  I used mostly pink ones because I knew that was what colour I was going to add to the water. 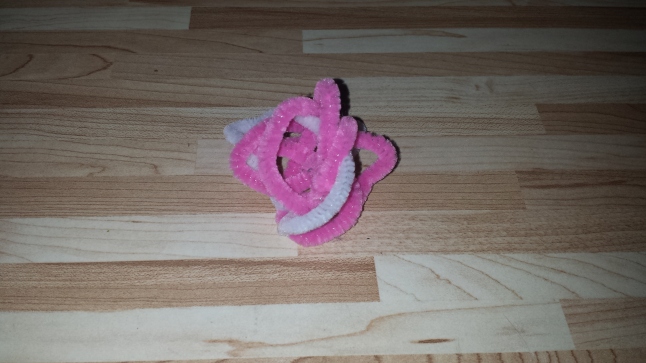 I then attached the pipe cleaner shape to the bbq skewer I am using to suspend it in the water with string.

The water was boiling by the time I was done this. 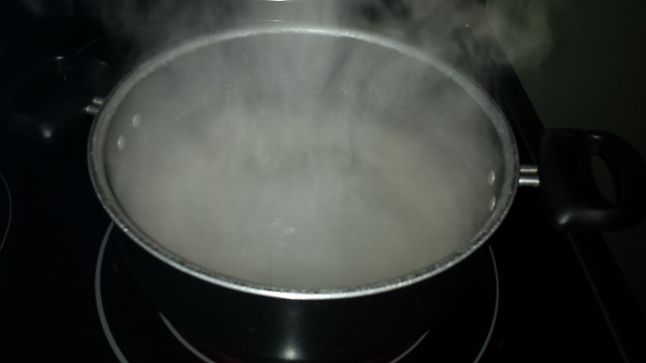 I added about 30 + drops of pink food colouring to the water and then started pouring the borax into the water.

Everything I read said to keep adding the borax until it wouldn’t disolve anymore.  I added more than half the box… hopefully it was enough!

When I thought I had enough borax in the water,  I suspended my bbq with the pipe cleaner and now it’s a waiting game!

I put the lid on the pot, leaving a space for the bbq skewer and set it aside to cool. Everything I read says to wait about 8 hours!

This is a picture I took after 3 hours.  You can sort of see the borax starting to cling to the pipe cleaner shape! 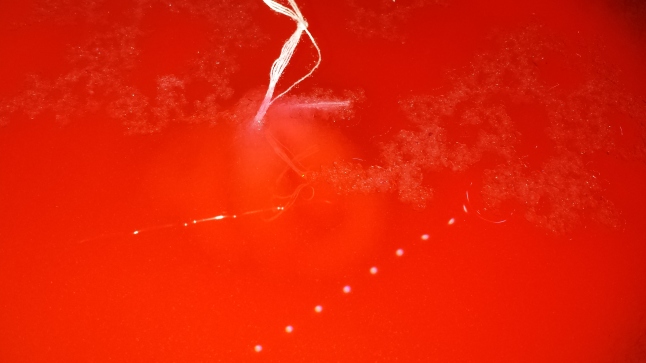 I knew that I wouldn’t be able to go without peaking at least once!
After 8 hours,  this is what I ended up with! A big scary mess! I thought for sure I had completely ruined my pot! 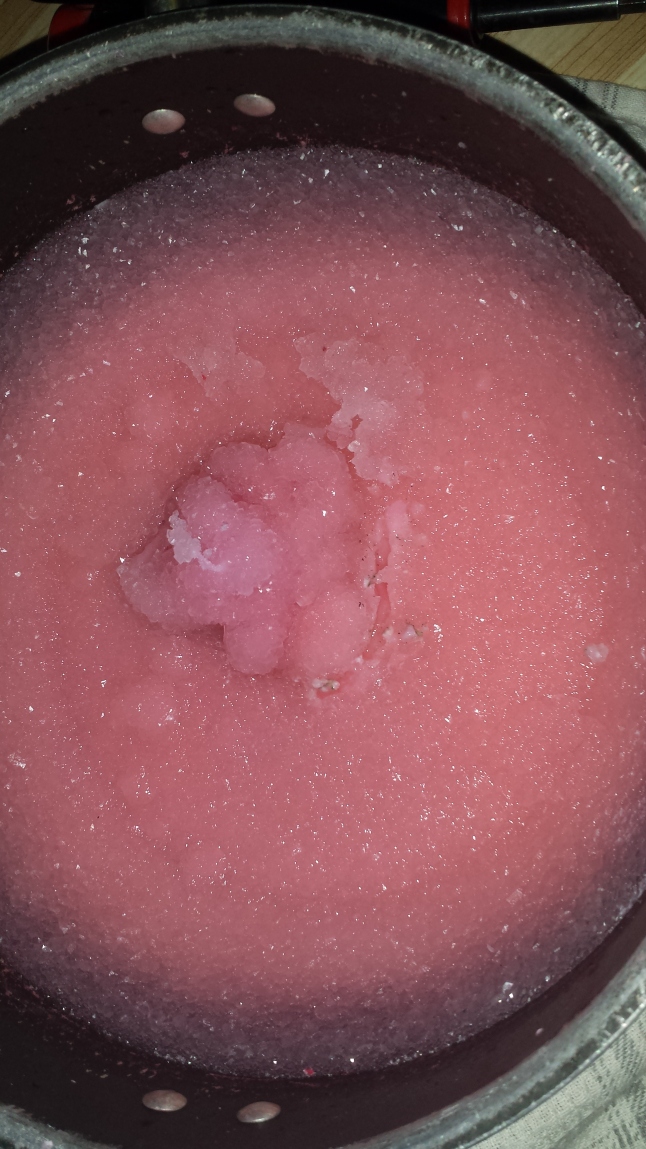 The borax had hardened all around the inside of my pot! I started to chip away to get the actual “crystal ” out and then tried to think of what to do with the rest of it.

Then the light bulb went off lol.  I poured boiling water in the pot and it just disolved again.  Phew!  Disaster averted!

Here are pictures of my crystal,  post perceived disaster! 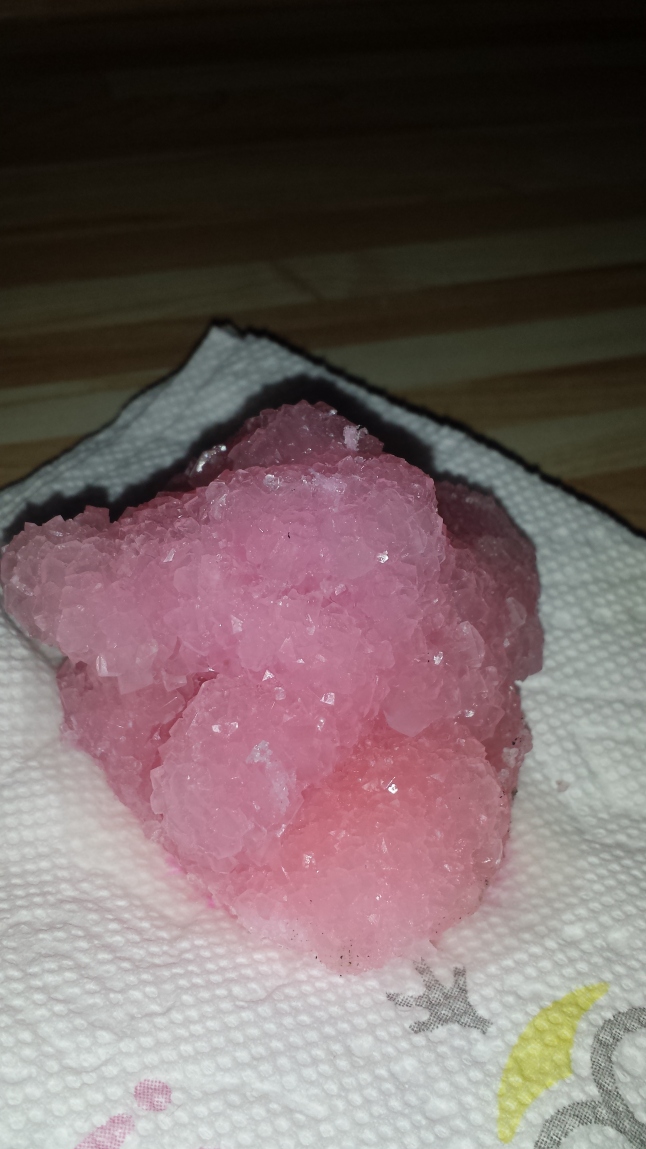