Let me start by saying Yuck!  I hate Rice Pudding but Chris loves it, so on occasion when I am feeling especially nice, I make him a batch of it.  To me rice should have veggies in it and soya sauce or any other “savoury” option, not cream and sugar and raisins lol!

So, I will tell you how I make Chris’ favourite rice pudding!

And note, Rice pudding under no circumstances, takes a good picture!

This is what I used to make it.

To start with I cooked the rice (3/4 Cup), according to the package directions, in the microwave.

Bring this mixture to a boil over medium high heat and then let simmer for about 15 minutes on medium heat until the “pudding” starts to thicken.  Don’t over cook it or it will end up the texture of wallpaper paste!

It still needs to look a bit runny, for lack of a better word, as it will set as it cools.

Remove from heat. Stir in raisins (Chris says Rice Pudding HAS to have raisins) and cinnamon and mix until blended.

Let sit 5 minutes.  Serve warm at this point if you like it warm, or transfer to bowl, cover and refrigerate until chilled and serve.

Sprinkle with cinnamon when serving. 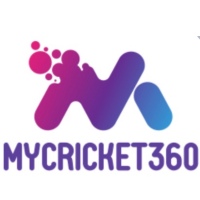